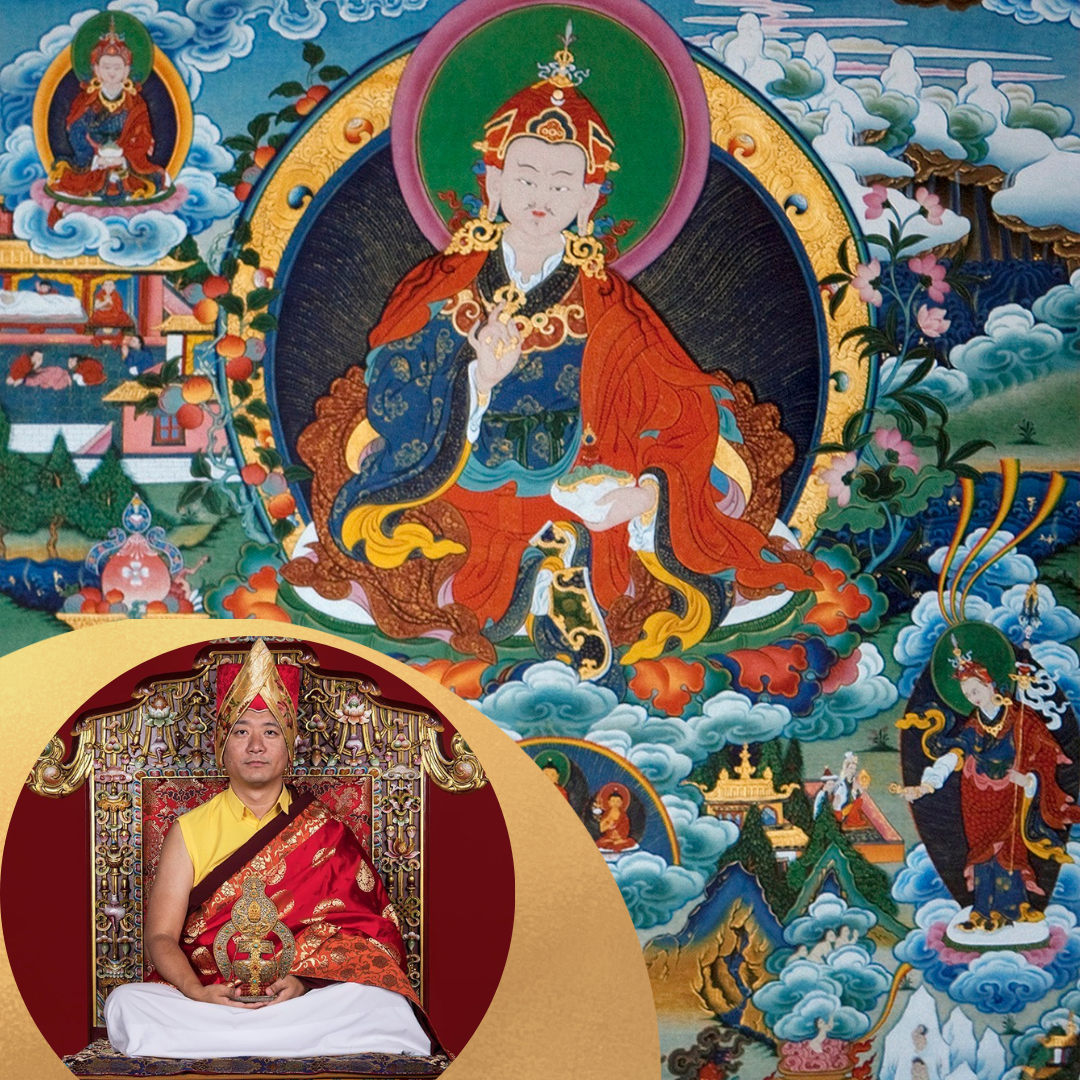 Just after Padmasambhava was born out of a lotus flower on the lake of Dhanakosha, the king of Oddiyana saw the child and questioned him about his parents, his family line, his name and country, his sustenance and what he was doing there. The boy sang his reply in an enchanting voice: “My father is the pure awareness of rigpa, Samantabhadra; my mother, the space of all things, Samantabhadri; my line, the indivisibility of awareness and space; my name, the glorious Lotus-born; my homeland, the unborn Dharmadhatu; my sustenance, consuming dualistic thoughts; my destiny, to accomplish the actions of the Buddhas of past, present and future.”

*Friday 2.7. 20.30 - 22.00: Preliminary teaching on the prayer Sampa Nyur Drupma to Guru Rinpoche (“The Prayer that Swiftly Fulfils All Wishes”) by Khenpo Tashi Sangpo

followed by a short celebration for H.E. Gyana Vajra Rinpoche on the occasion of his birthday (5th July) and long-life prayers for our Gurus

Available text and prayers can be downloaded HERE.

1. The number of places inside the temple are limited, because we have to keep safe distance at all times.
2. You must register to participate in person in Kuttolsheim (using the link below) at least one day before the event.
3. You will receive a confirmation e-mail authorising you to come to the centre.
4. Please observe all hygiene and distancing rules during your visit.

You will receive a confirmation email from “Sakya Dharma Family Admin” with the Zoom link to participate (click “Click Here To Join”) on the day of the event.

On-line in English only:

His Eminence Gyana Vajra Rinpoche, the younger son of His Holiness Sakya Gongma Trichen Rinpoche, was born in 1979 in India and from an early age dedicated himself, under the guidance of his noble father and tutors, to the study and memorisation of the texts and rites of the Sakya Tradition. He belongs to the new generation of eminent exponents of the Tibetan Buddhist tradition. His Eminence regularly embarks on extensive teaching and initiation tours around the world, transmitting the depth of the Buddha's teachings in an inspiring, clear and contemporary style.